Every die-hard soccer fan owns a series of their favorite teams’ soccer jerseys. When you support a club, there’s something spiritual about that jersey that you wear on game day that affects the outcome of the match. It’s more than just the belief that your support can become a tangible motivating factor for your team, it’s also the pride that you bear with confidence. Here are some of the top selling soccer club jerseys today. 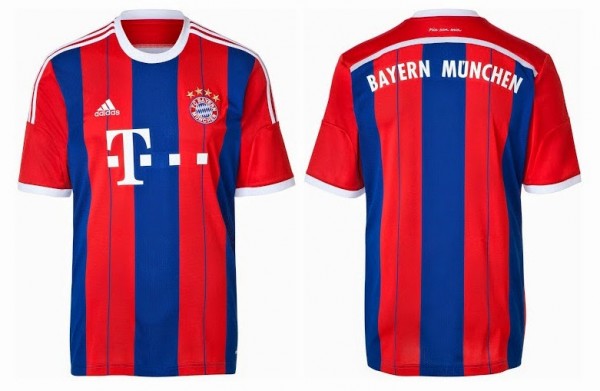 One of the powerhouses of Europe, Chelsea has a total of 4 league titles, a Champions League title and 7 FA cups on their resume. Their ascension has led to a growing fan base that furiously follows their team on their road to victory. When the team was purchased back in 2003, mixed expectations were quickly met by strong play styles and a championship mentality that ceases to quit.

With some of the most popular names in the entire league on their roster, Barcelona is the first club to have its clubs jerseys break in to the millions sold category. This isn’t surprising as their remarkable 23 league titles make them one of the most established and worn teams today. Sporting a distinct color way and design pattern, it isn’t hard to recognize Barcelona’s jerseys, even at a distance.

One of the all-time biggest clubs in England, Manchester United have won 20 league titles and sells over 1.4 million football shirts per year. Although their recent struggles have found them clawing their way through their competitive schedule, they still remain an iconic franchise that their fiery fan base practically worships.

Tied with Manchester United, the Real Madrid soccer club, nicknamed Los Blancos, is the richest football club in the world. Their immense success has led them to 32 league titles. Not to mention their 9 European Cups is the most of any team ever. That’s quite the accomplishing feat for this club. Their fan base also boasts the largest number in the world, which isn’t surprising as their soccer clothes and jerseys remain on the top of the charts.

Although these soccer clubs are housed countries away from each other, they remain a global impact on jersey sales. If you ask any avid soccer fan, they’ll probably tell you the same as what’s said on this list. Soccer is not just a passion, it’s also a culture. With this growing game becoming more and more impactful on today’s society, don’t expect there to be any drops in sales anytime soon.
——————————————————————————————————–